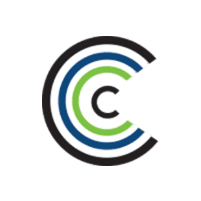 Lung cancer has close associations with tobacco use, but you don't have to be a smoker to get lung cancer. If you've been experiencing symptoms, visit the board-certified oncologists at Choice Cancer Care for a prompt diagnosis, even if you've never smoked. At their locations in Plano, Lewisville, Irving, and Southlake, Texas, the team has access to cutting edge diagnostics and delivers the most advanced forms of therapy for lung cancer. Find out more by calling the Choice Cancer Care location closest to you or schedule a consultation online today.

What is lung cancer?

Lung cancer develops from mutated cells – usually in the tissues of one lung – that start to reproduce rapidly. These cancer cells don't die off like healthy cells do at the end of their lifespan but form clumps that become tumors.

Cancer can easily pass from one lung to the other and to nearby lymph nodes. Eventually, the cancer spreads (metastasizes) to organs around your body, making it far more difficult to treat successfully.

Are there different types of lung cancer?

There are two distinct types of lung cancer. The most widespread is non-small cell lung cancer (NSCLC), which accounts for around 90% of all cases. NCSLC further subdivides into three forms; squamous cell carcinoma, adenocarcinoma, and large cell carcinoma.

The primary trigger for lung cancer is tobacco smoke. Most patients who have lung cancer do so after being smokers or suffering long-term exposure to second-hand smoke. However, it is possible to develop small cell lung cancer without being a smoker.

Other substances you may come into contact with during your life can increase your risk of getting lung cancer, such as:

You're also more likely to suffer from lung cancer if there's a history of other people in your family having the disease.

What symptoms does lung cancer cause?

Typical symptoms of lung cancer include:

What treatments are there for lung cancer?

The most effective treatment approach for your lung cancer depends to an extent on how advanced the disease is. Surgery to remove the affected area of your lung is one option, along with chemotherapy and radiation therapy (either with the surgery or as the primary treatments).

Another technology that's especially useful for treating lung cancer patients is four-dimensional conformal radiation therapy (4D CRT). It measures how the tumors move when you're breathing, which further targets the radiation treatments with optimal precision.

Find out how these advanced treatment options could increase your chances of surviving lung cancer by calling Choice Cancer Care or book an appointment online today.